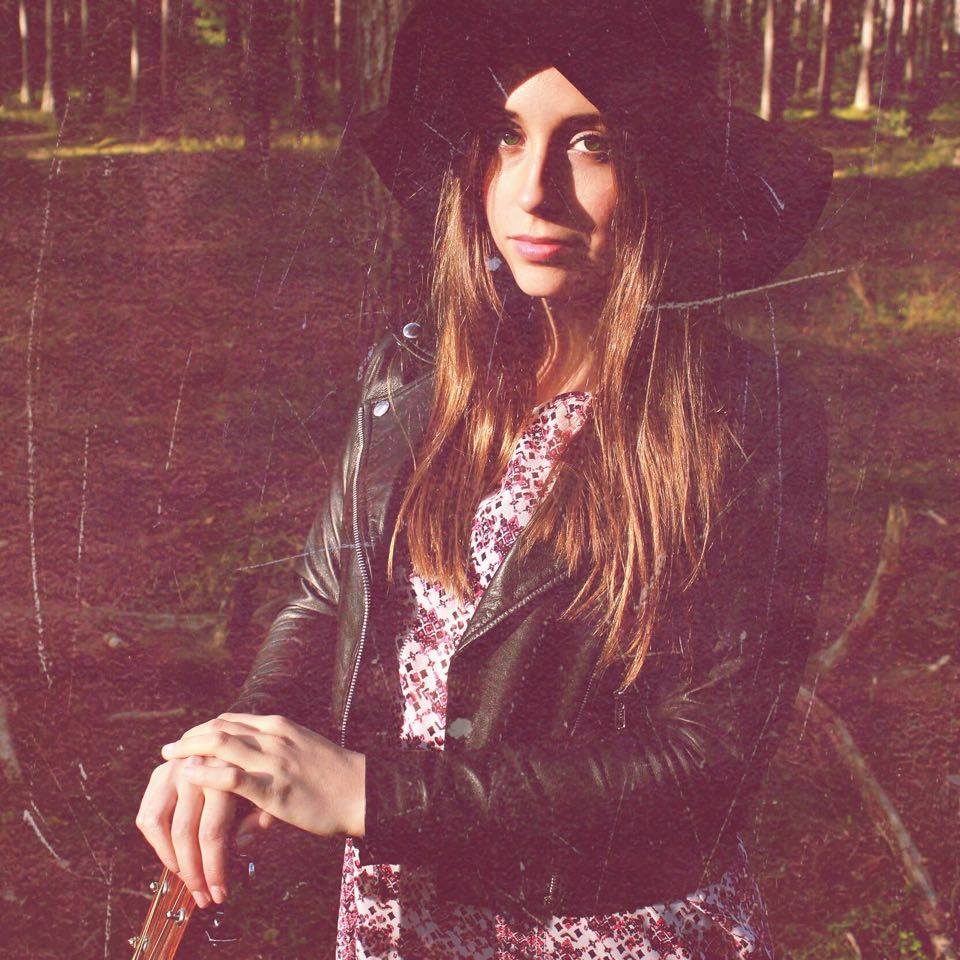 It just feels good to have reached many people, and different people, who like the EP.

Blackbird Peregrine spoke to ALGB last July having featured on the fourth volume in our Beautiful Songwriting series a month earlier, although it wasn't until September that their debut material as a duo was released. A melodic combination of well crafted and highly accessible indie-folk, Youth is an enjoyable and melodic beginning for the Swedish pair, characterised by warm harmonies and gentle but affecting songs. We caught up with both members to learn their thoughts on the record, with guitarist and vocalist Alice Siwe telling us about the sources of inspiration behind her songs, sharing songwriting duties, and the change in outlook that has eased the burden of writing. (Our interview with Jassy - the other half of Blackbird Peregrine - can be found here.)

With this being your first recording project, how does it feel to have your songs out there for people to hear?

Alice: It feels really great. I feel proud of us and what we have done.

Is there anything specific that you’re particularly proud of?

Alice: I don’t know. Maybe, that we recorded it so quickly. We met for the first time in January, and then we released and recorded our EP in the summer, so it was really quick, and that was pretty awesome, I think.

Did you have doubts about the quality or content of your work at any stage?

Alice: Yeah, I did. I think you’re always pretty self-critical, so I doubted it, but I don’t anymore. I’m proud of it, and it feels good to have done it yourself.

Was there anything specific that you had doubts over?

Alice: Perhaps my songs. Since they were my first released songs, it was pretty scary.

Were there any aspects of your songs that you were confident about all along?

Alice: … No, not really. [laughs] I’m pretty self-critical. But, I understood that they were good when Jassy was so happy and so encouraging.

Was there anything that surprised you about the process or release of the record?

Alice: I think all the great feedback that we got: so many new people liked our fan page on Facebook and stuff, and we were featured on YouTube channels. That was really cool, and yeah, it surprised me.

How natural have you found it to be sharing songwriting duties with another person?

Alice: I think that it has been working really well, because we’re fans of each other and really like each other’s songs. And I think we pretty much want the same things and want the same sounds, so it was really easy to make this together. And we are both are open for changes: if I had written a song and Jassy’s like, “Oh, maybe we should try this here.” We’re both really open to trying new stuff.

Do you feel that the process of creating Youth enabled you to grow as an artist or a person?

Alice: Yeah, I think I got more secure in myself. Since it was really scary to release it, it felt so good when we did it.

Has the process of making Youth, or the finished work itself, changed your view of what Blackbird Peregrine is?

What imagery do you associate with the record?

Alice: I think of summer, maybe because we recorded it in the summer, but I think I’m Coming Home, Keep You Hand on My Heart and Two Wanderers Lost in the Night are very summer-ish. And youth, maybe; since it’s called that.

What non-musical sources, if any, inspired your songs?

Alice: Two Wanderers Lost in the Night is about love and being in love with someone, and I think everyone has experienced that at least once. Need You Now: I think many people see that as a love song, and it is in one kind of way, but it’s about losing someone. I wrote it for my best friend’s sister, who committed suicide. So, from my friends perspective, it’s like she’s singing what I sing. So, I think I get most of my inspiration from life experiences that I or someone close to me has experienced.

What do you hope that Youth revealed about Blackbird Peregrine?

Alice: Maybe that we don’t just write typical folk songs. Both me and Jassy listen to very different types of music, so maybe that reflects a little more in this EP. There’s more pop, and the electric guitar is a little rockier feeling.

You mentioned self-confidence earlier, but is there anything else that the process of writing, recording and releasing this EP has done for you personally?

Alice: I’ve been doing music for a long time, but a couple of years ago I didn’t get much inspiration, and didn’t feel so much for making music because I wasn’t feeling so good psychologically. That made me really sad because I really love music, but I couldn’t do it at that time. So, it felt really cool to release it. I love music so much and it made me want to do more… Maybe that was not the answer to your question. [laughs] I don’t remember.

Close enough! … Would you say that the process you have been through for Youth has made it easier for you to write songs?

Alice: Maybe. Mainly because I think that I’ve started to just see the fun of it, and not that it has to be really good. I just feel like I write because I like to, and if that turns out to be a good song then great, and if it doesn’t: so what? – [laughs] – maybe the next one will be good.

Have you received any feedback that you’ve been particularly pleased about?

Alice: There has been lots of great feedback we have got, but they wrote about us in Alvesta, where Jassy lives: that newspaper. That was pretty cool: to be in the newspaper. We’ve also got a lot of nice small message from people, just writing, like, “Whoa, it’s great!” and what they like about it. It just feels good to have reached many people, and different people, who like the EP.

Finally: Are you happy with the final work? 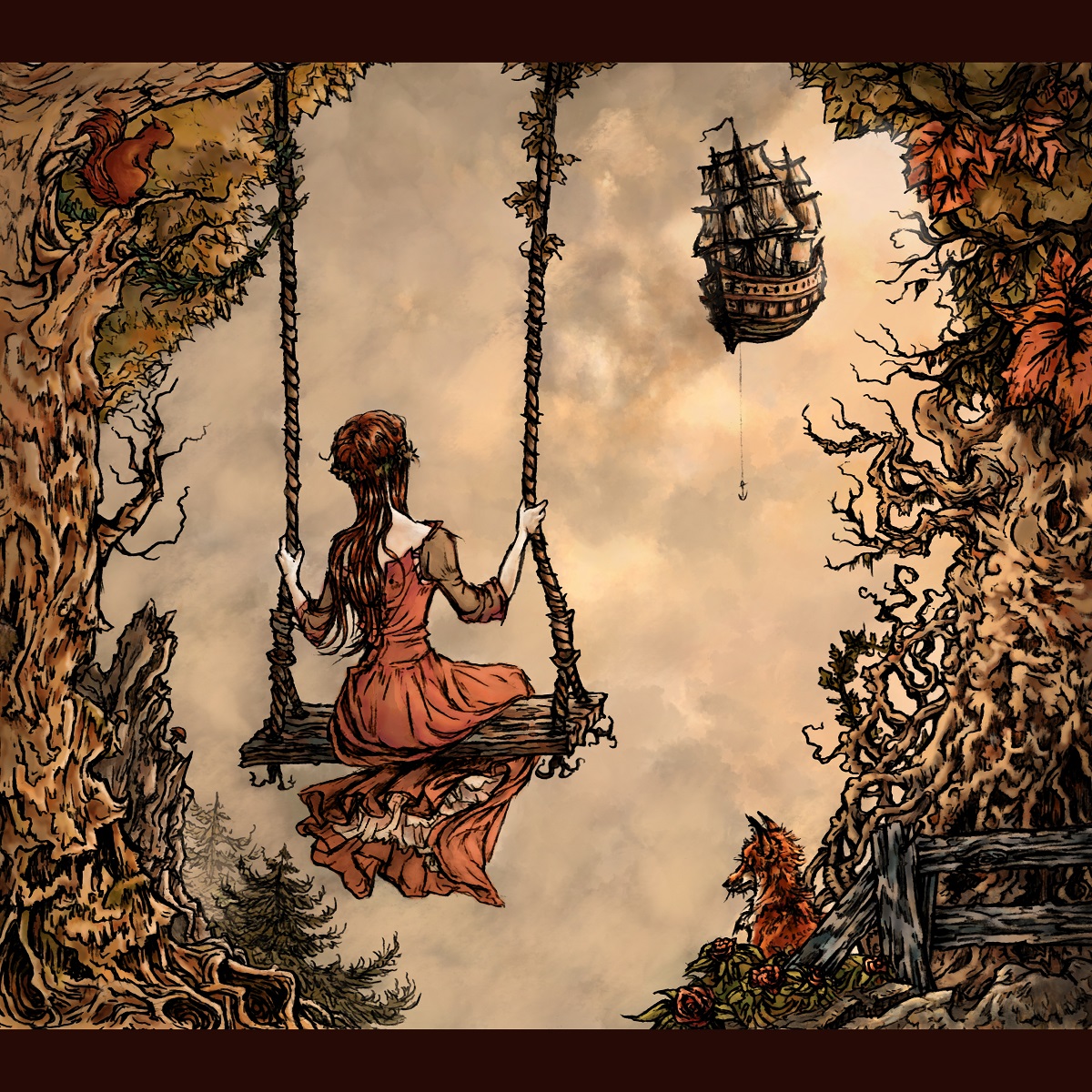 You can keep up with Blackbird Peregrine via their Facebook and Instagram pages, and listen to their debut release as a duo, 'Youth' over on Soundcloud and Spotify.

The corresponding ALGB interview with Alice's partner in music, Jassy Gabriel, can be found here.

Blackbird Peregrine reveal a little about their process and much about their personalities and friendship, along the way telling a barely believable tale of fate, and disclosing, entirely unabashed, just how much their fledgeling project means to them.

Alanna Eileen discusses her melancholy artistic tendencies and the affects of introversion.

Natalie Evans speaks of her fondness for days gone by, being misunderstood, and the need, as an independent artist, to split both her time and personality.

Finally, before you go...

If you enjoyed reading this interview and happen to think we're doing something right, please consider sharing the link -- whether on social media, or just with a friend, it'd really help us out! We're also on Facebook, Instagram (@alonelyghostburning) and Twitter, so if you'd like to keep up-to-date with the publication of new content, and also provide us with a whole heap of motivation, please do give us a like or follow.