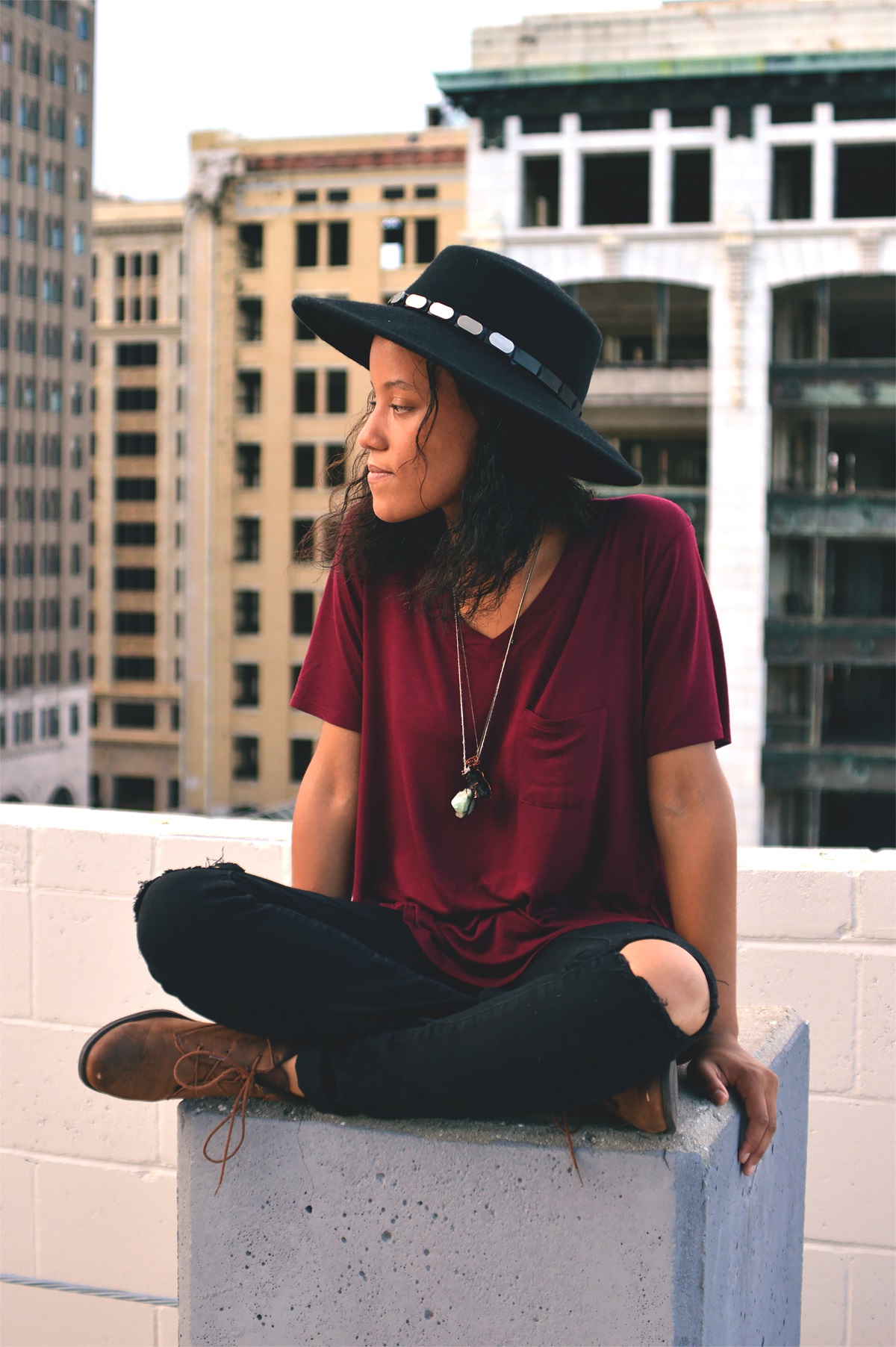 The source is love; that’s really all that matters, anyways. Everything else is such an illusion.

LANNDS, the electronic solo project of Rania Woodard, featured on our third Oneiric Escapism compilation, the Jacksonville resident's debut EP, Wide Awake in a Sleepy World (out soon), proffering a slowing of time and a sense of vastitude: an acute, ambient awareness of being a single story in a hazy, densely populated reality. ALGB caught up with Rania, learning of the distractions that come with an increasing popularity, what she gains from a life of creativity, and what it is that drives her to write.

For how long have you been writing songs, and what was it that inspired you to start?

Rania: I’ve been writing songs since high school — I’m twenty two now — but I’ve been into music since early on. My family used to sing in choir, and I just used to be around it.

Did you envisage that the music you made would one day be of this style?

Rania: I don’t think I ever had this vision of like, ‘this is the kind of music I want to go for’ — I think I just did it… I will say this: at one point, I was trying to make a specific type of music, but it just never came out that way. So, I was just like, “I’m going to stop trying to be something else, and just let it flow out.” The music that I recently released, I just let it happen. I never envisaged it to be what it is today, and it’s kind of weird because I still don’t know how it happened.

Did any of this coincide with you moving from Memphis to Jacksonville?

Rania: I moved from Memphis in late 2013. There’s a community here in Jacksonville called Murray Hill, and I don’t want to say that it’s dedicated to the arts, but it’s just where most of the artsy people live. When I moved here, I met Brian Squillace who helped produce the tracks that I released late last year. Working with him, I learned so much as far as production. So, the move from Memphis has definitely helped. I didn’t move here for music; I moved here with my mom. I have this thing: that it’s not where you live, but how; do what you can with what you have, where you are. We live in a time with internet, so you can be in your bedroom in Alaska with no-one around and setup a camera, sit in front, and sing with your guitar. If it’s true to you, and it’s true to people, then I think it’ll happen for you.

What is your process as a songwriter?

Rania: When I first started writing songs, I would just be in my bedroom with my guitar, and whatever came to me, I wrote. And it’s still kind of that way, but instead of just my guitar, I’ll take out my midi board, pull up Logic and mess around with some cool samples or beats and then write off of that. So, the process is a bit different now, but the essence of being a songwriter in my bedroom is still there.

What has the learning curve been like for the electronic side of things?

Rania: I bought Logic, and I just opened it up. I didn’t know what I was doing — I still don’t. I think it’s one of those things where you just have to dive into it. Brian’s taught me a lot as far as how to make things easier.

Does creativity come easy for you?

Are there any particular roadblocks that tend to crop up during your creative process?

Rania: Yeah, I feel like that happens mostly when you try to force something. There’s definitely been times when I’ve tried to force a song and I’m just like, “Yeah, I can’t do this.” With the new project that we’re working on now, it hasn’t been hard, but I’ve definitely experienced that — just because this is all new to me. The process is a bit different, and I’m getting used to it.

Is it at all difficult to focus your attention on a new project whilst your previous one is still being promoted?

Rania: Yeah, I’m not even gonna lie: it’s definitely difficult to focus. It’s so easy to get caught up in what’s happening. You just have to get back into the present moment. I think that’s what the whole lesson is here: learning how to bring yourself back into what’s happening now, because that’s all that matters. But yeah, it’s definitely tough. What’s happening now is so weird; the response for the first EP has been insane. Wide Awake — people are loving that, and Still. I had no idea. I self released that, which is crazy. A lot of people have been contacting me, like, “Hey! What’s up with LANNDS?” And I’m just like, “Whoa! Get out of my space.” [laughs] It’s weird when you have all of these people interested in the next project you’re working on. It’s cool, because it’s like, “Wow! People are interested in what I’m doing”, but at the same time, it’s definitely distracting. You just want to get back to what’s important, and that’s the art. That’s what I’m learning right now: being in the present moment and focusing on what I want to share.

Is there a particular mood you tend to be in when you do your best writing?

Rania: Kinda sad, man. [laughs] I think those are the best stories though: when you’re in those moments. The first EP: Still was super sad, and then Wide Awake was like… yeah: sad. The new EP’s a lot darker too. [laughs] I’m sad, man. I’m a sad person, Jamie. [laughs] I’m really not, because I say that and I’m all smiles… I’m so weird; I’m sorry! [laughs]

It is a strange contrast — you always seem so positive!

Rania: Yeah, sad songs make me feel better. You put it into the music, and it’s a release. That’s why. [laughs]

What is your biggest motivation for creating?

Rania: My biggest motivation for creating has to be, which I know sounds a bit cliche, but life: everyday life. When I see something or hear something I think is inspiring, that really sparks some motivation. Once that happens, I just can’t stop. It’s like a high — almost comparable to a drug. One of the things I enjoy is the high you get when creating — I don’t think anything compares.

Are there any misconceptions that you feel people make about you based on your music?

Rania: I’ve never really thought about that… I was talking to someone recently, and they were like, “You must be this really amazing writer. How long have you been writing?” And I was just like, “You don’t even understand. This EP, to me, is so lame.” [laughs]

It does have a very professional sound.

Rania: Thank you. A lot of people ask all the time about who mixed it. Most of the songs were done on my laptop, and I took them to Brian, who has a studio in his home.

Do you have any fears that being an artist brings into greater focus?

Rania: Yeah: losing focus. That’s my fear. I don’t think I ever will, but its always something to think about. I would never want to lose focus on what’s true to me and who I am.

What makes you smile?

Rania: [laughs] … I’ve never really thought of that. Whoa, that’s insane; I don’t think I’ve ever had a question so hard to answer… I guess what makes me smile is when I work on something and it feels right — as far as being creative.

What are you most fascinated by?

Rania: I’m fascinated by how much art is being made and how great it is. Not just music; everything.

Looking through your social media, it seems like healthy living is important to you.

Rania: Yeah, I’m vegan, and I try to workout as much as I can — not too crazy, but cardio every day. I feel like we are what we eat, and we are what we do, so I think that it’s really important. If you put positivity inside of you, as far as what you eat and what you think, that affects the mood around you and the people around you. I could talk about that for hours.

What do you feel that you gain from being artistically inclined?

Rania: A different way of viewing life; seeing things so much differently. It’s kind of like, in a way, a super power, but I feel like we all have it, I really do. I feel like we’re all artists, that we’re all unique — we just have to tap into that. I think, at the end of the day, it’s society: we’ve been conditioned to live a certain way and think a certain way, and being an artist, we’re like, “Screw these rules.” So I think that’s a cool thing that artists have: to look at things in a different way; to look outside of the box.

Is is hard to continue looking at things that way given the way the world is headed?

Is there anything that you specifically hope to communicate to people through your work?

Rania: Just ‘love’, honestly. The stuff I sing about isn’t always going to be about love, but I think, at the end of the day, that’s what I’m trying to get back to. The source is love; that’s really all that matters, anyways. Everything else is such an illusion. That’s what I would want people to get out of what I do. I feel like everything that I do is done out of love and done out of truth, and I think that if I put that into what I’m doing, people will feel that and they’ll know.

Would you like your creative output to define you as a person?

Rania: You are an extension of what you create, so in a way, I’d say yes.

Finally, how would you like to see LANNDS develop as a project going forward?

Rania: I would like it to stay true to whatever — that’s all I would really want it to do. Like, if I were to ever do heavy metal or whatever, as long as it’s true.

Is that what’s next then: heavy metal? 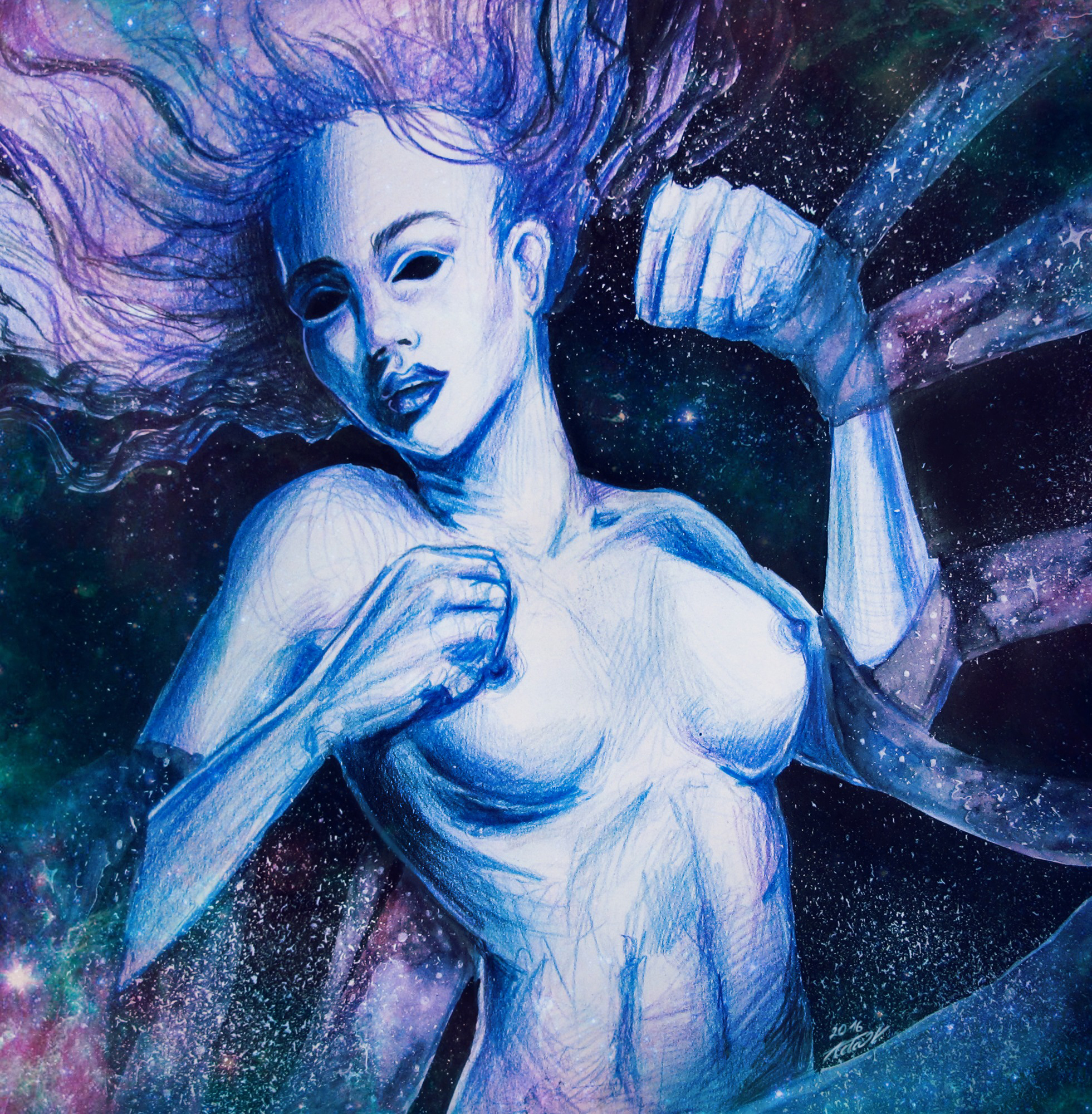 SOLR provides insight into the place of an alternative artist in the South African music scene, the importance of silence, and how the desire to explore her own being is at the core of all that she creates.

Ivory Towers discusses her second EP, touching on perfectionism, the difficulties of creating an audio palindrome, her immense dislike of King Edward I, and, rightfully and inevitably, the political nature of her latest batch of songs.

Amber Maya talks Bajan obstacles and expectations, her fascination with people, and just how much it means to her to be an active artist

Sylo Nozra discusses the ease with which he is able to create, his desire to see the world as a constantly touring artist, and how music is his life.

Moth Rah discusses her interest in the magic of nature and the importance she attaches to the creation of art.

Finally, before you go...

If you enjoyed reading this interview and happen to think we're doing something right, please consider sharing the link -- whether on social media, or just with a friend, it'd really help us out! We're also on Facebook, Instagram (@alonelyghostburning) and Twitter, so if you'd like to keep up-to-date with the publication of new content, and also provide us with a whole heap of motivation, please do give us a like or follow.